Removing Obstacles™ and MercurEase™ for the Upcoming Mercury and Saturn Retrogrades

Removing Obstacles™ and MercurEase™ for the Upcoming Mercury and Saturn Retrogrades 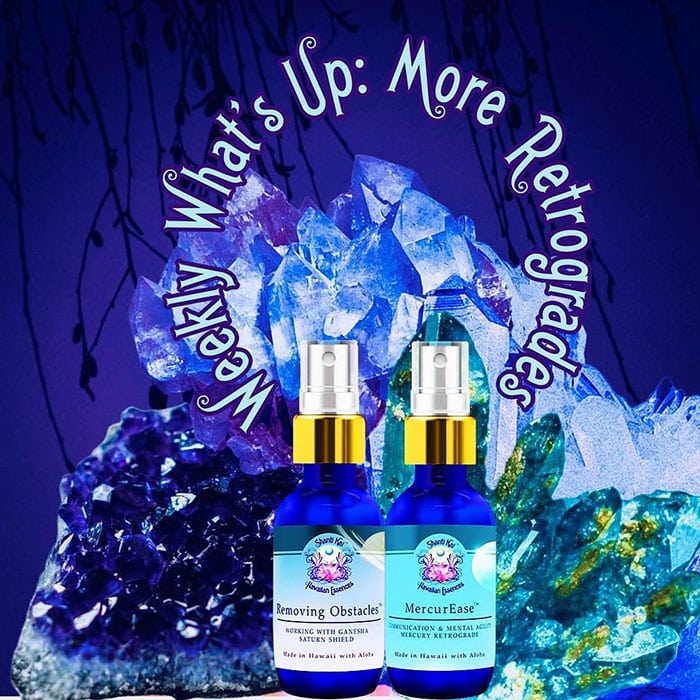 Removing Obstacles™ and MercurEase™ are two Essences you’ll want to have close at hand this month with both Mercury and Saturn turning retrograde.

Adding Removing Obstacles™ to your regimen may be just what you need to work through this Saturn retrograde period and clear any frustrating external roadblocks that may arise. Saturn is the planet of discipline, and when Saturn’s in town you can count on being challenged and issued constant reminders to tend to aspects of your life that may be less well managed, and that require more structure. With Saturn retrograde in Aquarius these hiccups are more likely to relate to your ideals, community involvement and friendships.

MercurEase™ is a great tool for working with the effects of Mercury retrograde as it promotes smooth communication, greater mental coordination and enhanced problem solving ability, which can come in handy when unexpected mishaps create detours in your plans during this time. Mercury is the planet of communication, travel, coordination, the mail system and technology, and with Mercury in retrograde, anything related to these areas tends to go awry. Since Mercury is in the sign of Gemini this time around, the sign which Mercury rules, these effects may be intensified and more apparent.

About the Author: Shanti Kai